Although rhyolite may look like jasper, it is actually an igneous rock (meaning fire) formed from the cooling of lava or magma.  Chemically identical to granite, it cooled from a molten state (as hot as 2192*F), too quickly for crystals to form. Rhyolitic magma and lava is thick so pressure builds until a gas explosion in the volcano throws the rock in particles from big chunks to ash. The stone's creams, browns, mossy greens and grays are reminiscent of a rainforest, and it presents interesting spots and banding.
​
Rhyolite represents variety, change and progress. It is believed to light the fire of creativity within the soul and helps with self-realization and self-worth.  It is said to help balance emotions, increases self-respect and the capacity to love. Rhyolite occurs largely in the U.S.A. 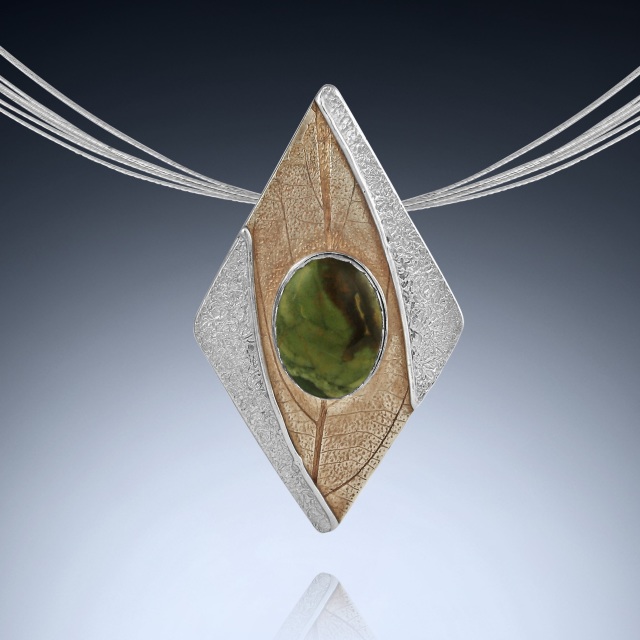 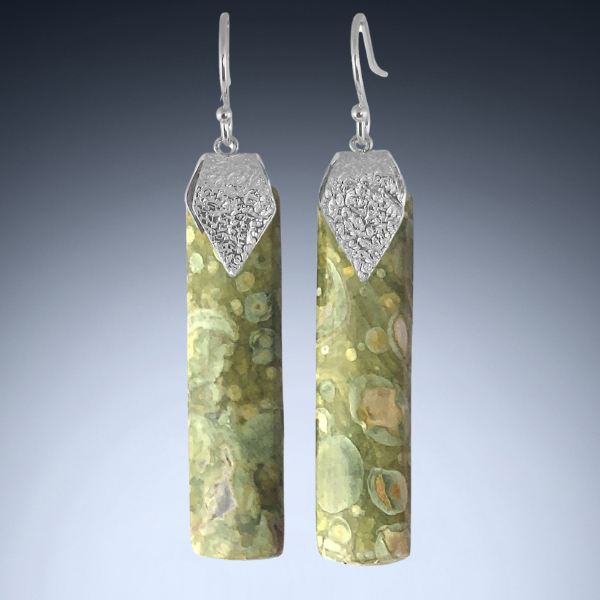 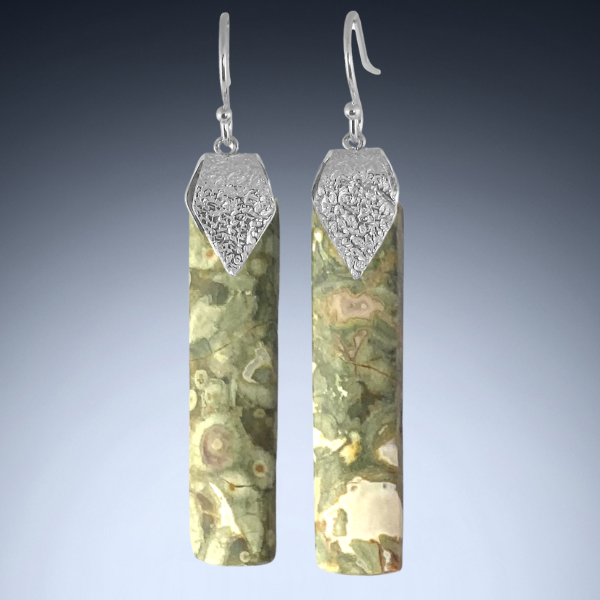